THE BEST ALBUMS OF THE YEAR DESERVE HIGH QUALITY SOUND 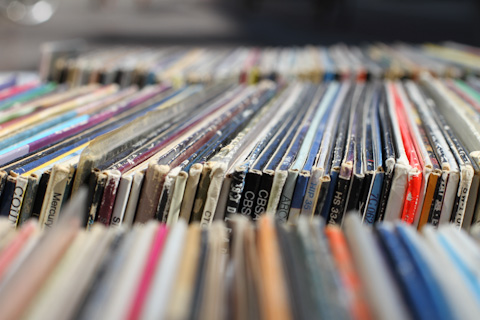 It’s safe to say that 2017 has already gifted us an incredible range of albums, and with the recent release of Noel Gallagher’s third solo record, this year just keeps on giving. So, as we move into December, we thought it would be interesting to look back at some of the top albums 2017 has had to offer.

This album was the star’s third foray into songs previously recorded by Frank Sinatra. It was the largest set of new recordings Bob has ever released, with a total of 30 tracks covering three CDs. He makes the high standards set by songwriters like Irving Berlin, Jerome Kern, Richard Rodgers and Oscar Hammerstein seem like a breeze.

Even though this record-breaking album was released at the start of the year, it can easily be classified as the soundtrack to 2017. The chart-topper ‘Shape of You’ hasn’t left the top 40, and his latest single ‘Perfect’ is bound to be the first dance song of choice for many couples getting married.

Charting at number five back in March, the British folk singer’s sixth studio album was a beautiful exploration of her life and features some of her most complex guitar work and instrumentation to date. If you haven’t listened to it yet, you are missing out – it truly deserves its place on this list.

Whilst this album may not be to everyone’s taste, it tops nearly every ‘best albums of the year’ list. The lead track ‘Humble’ would make you think that the record is best suited to US hip hop radio, but in fact it is a homage to 1970 soul and features guest appearances from Bono. Unexpected brilliance.

Liam Gallagher: As You Were

As one of the most anticipated albums of the year, and as we mentioned his brother earlier, we couldn’t miss out Liam Gallagher’s debut solo album. It has the 1990s feel that we loved from him in his Oasis hey-days. In fact, as he said himself, “I didn’t want to be reinventing anything or going off on a space-jazz odyssey.” It was definitely a record worth waiting for.

In our opinion, these albums deserve to be played through the highest quality speakers. Our range of Q Acoustics products, from our bookshelf speakers to our newly launched M2 sound base, have all been specially designed to deliver optimum sound, so you can enjoy these first-class albums as they are meant to be heard.

2017 has been an exceptional year for new music and with new releases from Paul McCartney, The Strokes and Arctic Monkeys all expected in the new year, we cannot wait to see what 2018 has to offer.