A Beginners Guide to Matching Speakers and Amplifiers 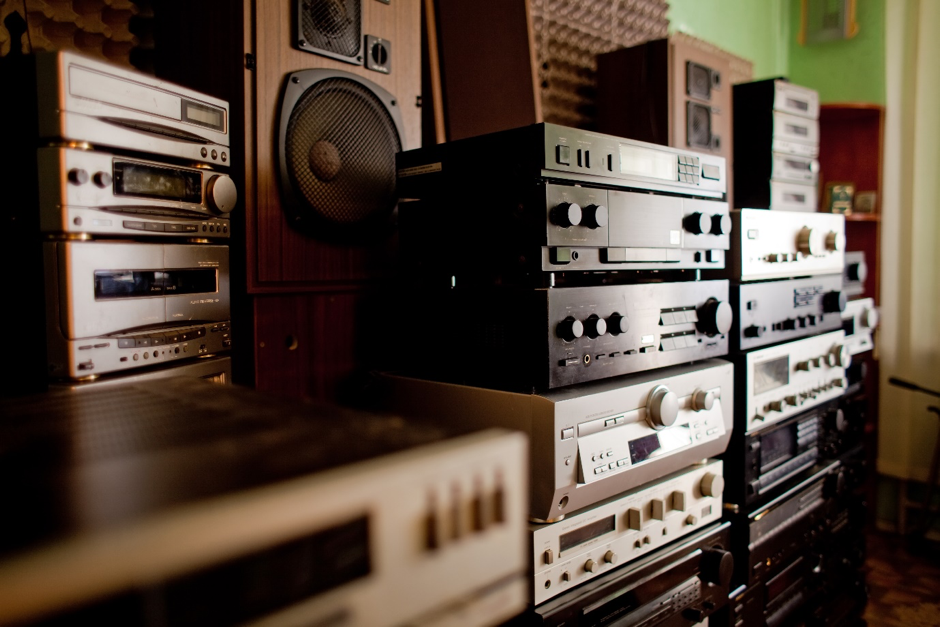 For the uninitiated, amplifiers can seem like they’re all much of a muchness. After all, they’re usually an innocuous enough looking metal box with a series of (delightfully tactile) knobs and switches, so what else is there to know, really?

Well, when it comes to matching that amplifier with your speakers, the answer is; quite a bit, actually.

Though we spend countless hours scouring local HiFi suppliers and reading reviews to find the perfect speakers, often, our choice of amplifier is something of an afterthought. This remains true despite the fact that amplifiers are almost as crucial to the tone and overall presentation of your audio as your speakers are.

Yes, though that innocuous metal box might look similar to other amplifiers in the showroom, it will produce a unique sound profile and, through its technical specifications, support some – but not all – of the speakers available to you.

As you can imagine then, amplifier and speaker matching is quite vital, but it’s not as simple as just matching spec numbers and hitting play – it’s about complete system compatibility.

By effectively ensuring speakers and amplifier synergy, you can ensure a fuller, richer sound which won’t blow your speakers and will deliver superior performance and quality – well worth doing if you’re spending good money on your set up.

Here on the internet, you’ll find dozens of extremely technical and maths-heavy explanations. But for most people, they’re simply too difficult to get an immediate grasp on – especially for a job you won’t be doing often.

As such, this guide is going to be something of an essentials piece, giving you all the information you need without the complicated maths or advanced terminology like slew rate, dampening or electromotive force, so you can get back to what matters – your music. So, for your devoted audiophiles, let that serve as a warning!

Key to ensuring effective synergy between your speakers and your amplifier is having a basic grasp of HiFi vocabulary. We’re talking about the essential terms used in speaker and amplifier specifications which will prove critical to your search for awesome, long-term HiFi sound.

The three terms we’ll be tackling in this article are impedance, power and sensitivity. We’ll kick things off with ‘impedance’

You’ll find impedance on the spec sheets for both specs and amplifiers, but what is it? Put simply, it can be thought of as a measure of the electrical resistance of your components, measured in ohms. Resistance will often be represented by the Ω symbol, like 10Ω. For those with experience in electronics, you’ll understand precisely what resistance is, but for our (somewhat simplified) purposes it’s not vital to have in-depth knowledge.

We’ll be using impedance to determine the compatibility between your amplifier and speakers.

Speakers, for their part, typically have ohm ratings of between 4 and 8. Amplifiers usually operate best and are rated within a specified range, like between 6 and 12 ohms. By checking the specs of your amp and speakers, you can find out whether they’re compatible. This information is easily found on any spec sheet if you’ve bought your products, or available online if you’ve misplaced your original documentation.

Almost all of the time, that’ll ensure a safe speaker and amplifier pairing, and it takes out most of the complicated maths.

As an aside, you’ll find that many modern speakers and amplifiers have also moved towards ‘compatible with’ ohm ratings, which greatly simplifies things for everyone.

So, let’s turn our attention to power, but beware – things are about to get a little confusing.

Just like any electrical item, power in HiFi and home cinema equipment is measured in watts. Often, this leads people to make the mistake of believing that more wattage means greater volume output, but that’s not always the case.

Wattage in speakers and amplifiers is about how much power a speaker can handle and how much power an amplifier is putting out. In the past, people would often combine a low-watt amplifier with high-watt speakers and call it a day. However, that’s not the path to the best match. To get there, we’re going to have to wade through some HiFi jargon weeds.

Put simply, Continuous Power delivers a fixed wattage to a fixed number of ohms, like 50 watts per channel into 4 and 8 ohms.

However, Dynamic Power could push 100 watts into 8 ohms and 150 watts into 4 ohms. That’s because Dynamic Power is designed to ensure that the wide dynamics demanded by modern digital music and movie formats are properly powered in the moments. However, this power is only utilised for milliseconds, making it an unreliable indicator for general amplifier power.

In regards to speakers, many manufacturers have their own way of displaying recommended amplification (wattage) levels. At Q Acoustics, we list recommended amplification on a pair of speakers like our 2050i floorstanding speakers as between 25 and 150w. However, other manufacturers may provide you with Minimum Recommended Power, Maximum Continuous Power, and Maximum Short-Term Peak Power ratings for your speakers.

Pay attention to Continuous Power and the wattage your amplifier is putting out, and stack that up against the recommended amplification levels on your speaker. By comparing these two figures, you’ll be able to gauge the suitability of your pairing.

This one’s just for speakers, and rather than wattage, sensitivity is the measure of how loud a speaker will be in decibels when 1 meter away and being driven by 1 watt of power.

Looking back at the Q Acoustics 2050i floorstanding speakers we used as an example in our section on ‘power’, we can see that they have a 92dB sensitivity rating. So, with 1 watt of power (way less than any amplifier would provide), the 2050i’s would produce a sound pressure level of 92dB from 1 meter away.

Wondering why amplifiers offer way more than 1 watt of power if that’s all it takes to reach 92dB from one meter away with a set of speakers like the 2050i’s? Well, that’s because amplifier power output has to double to increase a speaker’s sound pressure level by 3dB.

It’s crucial to ensure your speakers have a high enough sensitivity that your amplifier can effectively drive them. Take a look at the listed sensitivity on your speakers and perform the basic maths above, and you’ll get an indication of whether they’re destined for each other.

Learning our lessons and matching our systems

That’s a lot to take in – we get it, but unfortunately there’s simply no quick shortcut to getting the right system match. By taking in the lessons we learnt above regarding impedance, power and sensitivity, we can pair a set of speakers with an amplifier for an effective party, but there’s even more to consider.

You need to think carefully about how you’re going to use your speakers, where you’re going to position them and for what purpose they’re going to serve. For example, a HiFi system in a lounge is going to have different requirements than a home cinema set up.

Larger rooms require larger speakers with higher sensitivity or more powerful amplifiers than you might have previously considered, whilst intimate spaces can effectively be scaled back in terms of sensitivity or power. There’s an excellent SPL calculator available here, which will help you work out your sound pressure levels, taking into account a wide variety of variables.

However, you don’t need a calculator to realise that if it takes 200 watts of power to get your speakers to 85db from 3 meters away, but your chosen speakers can’t handle more than 100 watts of Continuous Power, your system simply isn’t going to work properly.

You’ll also need to keep in mind that impedance is going to play a vital role in your speaker and amplifier matching. It’s not as hard as it used to be, but you need to check whether your speaker impedance and power handling is compatible with the imprudence range of your amp and output power it can deliver safely. If in doubt, revisit our ‘impedance’ section above.

All of this sounds needlessly complicated, but trust us when we say it isn’t, really. We’ve used a lot of words to describe how to match your system, but ultimately, it’s a handful of factors which can easily be checked and some maths which can be completed with an online calculator. All of which brings us to:

What to avoid, and an example of good pairing

Blowing up your speakers or destroying your amplifier, of course. There are a few ways you can achieve these undesirable outcomes, but by far the most common are:

>> Connecting your speakers to an amplifier which outputs a Continuous Power (see: ‘Power’) rating far above the power handling capabilities of your speakers. What usually happens in these cases is that because your speakers can’t dissipate the heat energy coming from the amps output, it burns up the voice coil in the speaker, along with its suspension. This completely destroys the speaker, which is less than ideal.

>> Connecting your speakers to an amplifier which is far too weak to power them. If your amplifier doesn’t deliver enough power to reach your speakers minimum recommendation, you’ll keep cranking the volume knob to get up to a suitable volume level (one which likely doesn’t exist). Doing so will cause the amp to overheat, start burning itself up and send clipped signals to your speakers, creating horrible distortion and high frequency energy which can break your speakers and your amplifier.

Of these two threats, having an underpowered amplifier is the less deadly, but it’s not a great situation, and can be a huge money drain compared to simply getting it right.

We’d always recommend giving yourself plenty of headroom when it comes to pairing speakers and amplifiers.

For example, let’s take a look at, the Q Acoustics Concept 40 floorstanding speakers, if we imagine that we’re pairing them with Onkyo’s popular A9010 Stereo Amplifier, we see that Onkyo’s amplifier offers 44 watts (8 ohms) of power to each channel.

The Concept 40’s, however, have a recommended power range from 25 to 150w, giving them plenty of headroom for Dynamic Power shifts that you might encounter. Combined with a nominal 8ohm impedance and you’ve got a match that’s more than capable – never mind the fact that What HiFi gave both products 5 stars.

Another good example is Q Acoustics 2010i bookshelf speakers. These compact and award-winning speakers have a nominal 6ohm impedance, a sensitivity of 86dB and a recommended power between 15 and 75 watts. Paired with Pioneer’s excellent budget A10 amplifier which offers 50 watts per channel (4 ohms) and you’ve got a system which can happily bring out the best in each other.

If you’re in any doubt about the pairing you’re putting together, we can’t recommend anything more than speaking to a member of staff at a HiFi dealership; they live and breathe this stuff.

It may feel as though you’ve just stumbled into an unreasonably complicated world of technical jargon, but really, matching speakers to amplifiers is largely just common sense and a little maths.

Doing a little shopping around and comparing numbers will ensure that you find a set of speakers and amplifier which not only work together, but sound amazing – and will do for decades to come, with the right care.

Of course, we’d always recommend that you hear your chosen speaker and amplifier connections together before you buy. If you’ve followed our instructions above, they should work together perfectly, but it’s also true that different amplifiers and speakers will reproduce the same source music in different ways, some of which may not appeal to your own aural sensibilities.